Do or Die (Resurrection) 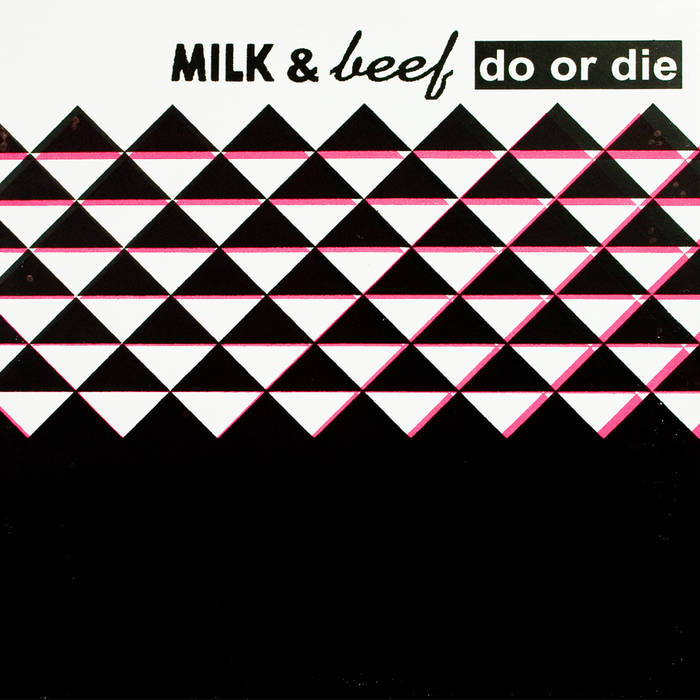 .
Originally conceived as a hip-hop scratch/battle record for turntablists, ‘Do or Die’ is made up of short instrumental beats interlaced with sound effects and vocal snippets. Predominantly constructed from obscure vinyl samples, the record also features an Emu Drumulator, and live performance samples of cello, organ and percussion. Re-contextualized as home listening experience, the album sounds timeless and fresh, a musical journey rich with drama, romanticism, and humor.

Of the 1,000 copies pressed, 100 were distributed directly by Milk and Beef, and we believe a further 150 were sold through The Thin Man. So roughly 750 copies remained in stock, 50 of which were held by the artists, 700 by the label.

In 2009, Milk and Beef were approached by Bladud Flies! with a view to re-releasing Do or Die. The Thin Man were duly contacted to request the return of the 700 copies, but to our horror and disgust, confessed to having ‘thrown them in a skip’ a couple of years previous. They showed very little remorse, and we were left shocked, upset, and short of 700 records…

Not wishing to dwell on this distressing and acrimonious situation, we decided to go ahead anyway, individually silk-screening a new sleeve design for the 50 copies still in our possession, and releasing them as a now very limited one off edition: Do or Die (Resurrection). Vinyl purchasers will also receive a free download of a digital version re-mastered by the.bricoluer and featuring 2 bonus tracks, Louise and VW.

We suspect there are still copies of The Thin Man release of Do or Die out there somewhere, possibly in the back of a record shop, or maybe in a skip near you. However, it’s safe to say that this limited run of 50 editions are all salvaged artifacts to be treasured.

Is this the end of the Milk and Beef story? Or will there be ‘Life After Death’…